What people are saying about Male Ensemble Northwest
"Male Ensemble Northwest (M.E.N.) "wowed" the audience with their rich vocal harmonies this past week-end here in Orofino, ID.  Thank you for coming from all parts of the Northwest to open our 2018-19 Clearwater Community Concert season.   Your love of music and harmonizing together is like a beautiful aura of joy that surrounds you and flows out to touch those who are privileged to see and hear M.E.N.  The enthusiasm and energy that you bring to a performance is infectious....standing "O" from our audience.  It's obvious that you all like and respect each other, all of you being professional music educators, and love singing together.  Your individual and collective rapport with the audience brought smiles, laughter, a few tears, and loud applause and shouts of appreciation from those attending the performance.  I look forward to following the group on Facebook and continuing to listen to the beautiful music that you make together as Male Ensemble Northwest.  Thank you from the bottom of my heart."

See our upcoming season or our latest video

Male Ensemble Northwest was formed in Longview, Washington, in 1982, the brainchild of Howard Meharg, Larry Marsh and Bruce Browne, who wanted to form a singing group as well as encourage young males in public schools to sing in choirs of all kinds.  Thus it was that Male Ensemble Northwest was formed to demonstrate a high level of music making by choral conductors from the Pacific Northwest region and also to promote male choral singing.

In the years since its inception, M.E.N. has appeared in concerts from local churches and auditoriums to regional and national audiences, always remembering to spread the message of male singing.  They have performed at national conventions of the American Choral Directors Association in Washington, D. C., and San Antonio; and several Northwest regional conventions.  They have appeared at the leadership conference of ACDA in Lawton, OK, and several state conventions, most recently in Oshkosh, WI.

While a high level of artistry is always an important goal, the members of M.E.N. value the professional and personal associations they have with each other.  It is important that the personal soul is fed as well as the artistic. 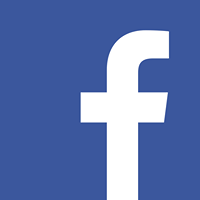